The Original in Fine Filipino Foods 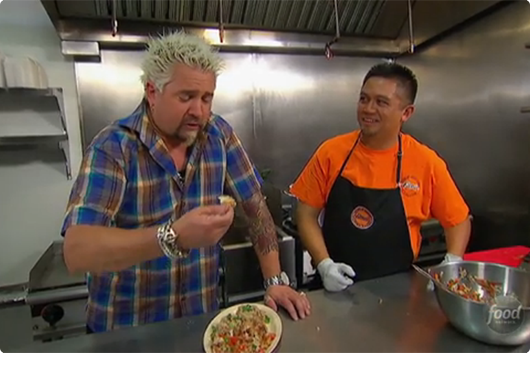 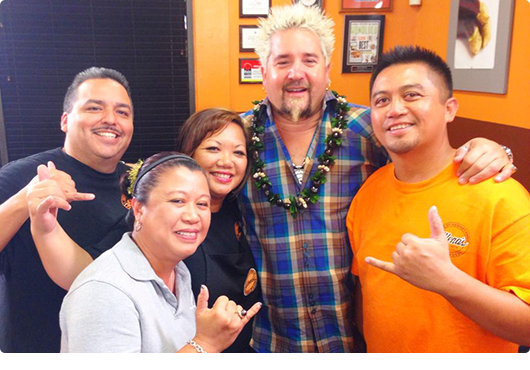 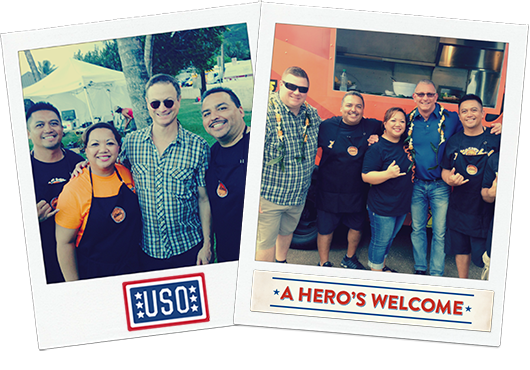 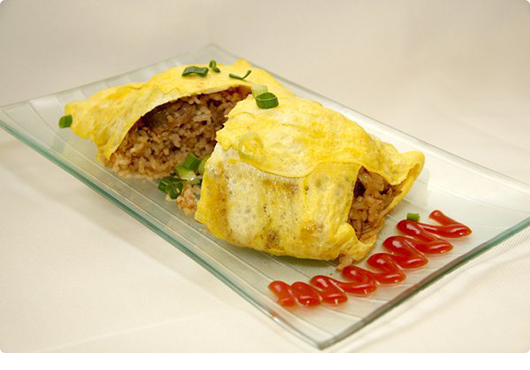 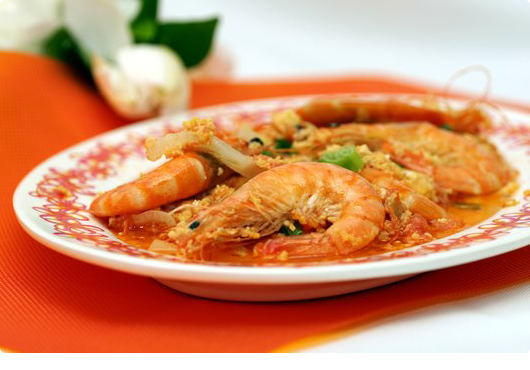 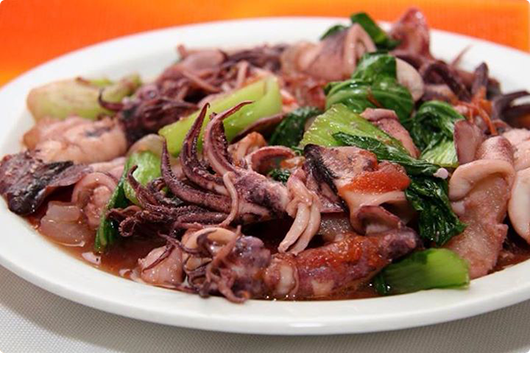 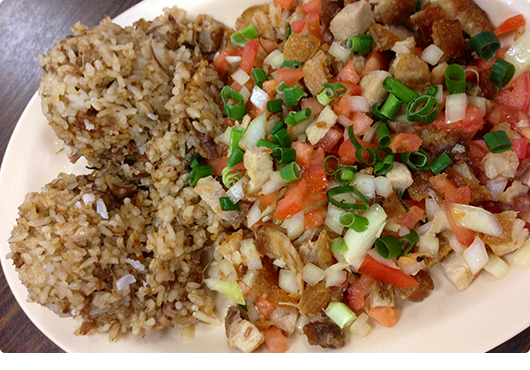 One of a Kind Dishes

Original creations from our family kitchen.

Our #1 most popular dish! In 1974, Elena had an actual dream of creating this dish. Her dream detailed step by step how to make this award winning family original. It starts with our flavorful, tender pork adobo, carefully stir-fried with hot steaming rice. Seasoned with Elena's secret ingredients. We then wrap it in a thin egg crepe envelope. The egg envelope keeps the fried rice steaming and moist!

Another original dish created by our father, Theo, in 1974. A savory soup with a mixture of local vegetables of long eggplant, long squash, onchoi, tomatoes and onions. Simmered with baby shrimp and crispy pork belly to produce a flavorful broth.

Specifically created for Guy Fieri on the Food Network “Diners Drive-Ins and Dives”. This dish has the best of both worlds, Pork Adobo Fried Rice and Lechon Special.

A classic traditional favorite! "Head On-Shell On" tiger shrimp sautéed with garlic, tomatoes and onions. Folded in with scrambled egg and topped off with green onions. Leaving the head and shell on the shrimp give this amazing dish a full flavor that can’t be missed.

One of our featured dishes on the Food Network "Diners Drive-Ins and Dives". Pork chops marinated overnight with shoyu, vinegar, garlic, black pepper and bay leaves. Pan-fried slooooowly so it's tender, but still crispy. Served with vinegar garlic sauce and our homemade pickled onchoi. This sells out every day before dinner, so come early!

A staple of Filipino food. Pork adobo are chunks of pork marinated with shoyu, vinegar, garlic, black pepper and bay leaves. Braised for several hours to produce fork tender tasty pork adobo with a gravy like sauce. Enjoy this with some hot steaming rice. Ahhhh.

A tasty, full flavored squid dish that has become a local favorite. A whole squid sliced in half, "Guisa" (sautéed) with onions, tomatoes, special seasonings finished off with petchay. A bold and tasty dish!
Order Online

Serving Hawai’i for over 40 years

Remember 1974?? That was the year of the oil embargo and the gasoline lines, when George Ariyoshi became the first Japanese-American Governor and Richard Nixon resigned his Presidency. During this time, history was also being made in a small kitchen with a counter and six stools in the old Nabarette Café in Waipahu where Elena and Theo Butuyan founded Elena’s Restaurant.

The Butuyan Family immigrated from Dagupan City, Pangasinan, Philippines in 1969 to the island of Oahu. The sugar plantation town of Waipahu, Hawaii is where Elena’s Restaurant opened its doors for business. Elena and Theo expanded Elena’s Restaurant to 3 lunch trucks, where it received additional accolades at food truck rallies and many local events.

As the originator of many popular Filipino dishes such as the Popular Pork Adobo Fried Rice Omelette™ and Sari-Sari, Elena’s continues to create new dishes today inspired by their original family recipes and local homestyle cooking. Over the past 40 years, Elena’s has established itself as the home of the finest Filipino foods in Hawaii.

Thank You for Voting us the Best!

In addition to being featured on many food and dining television shows, Elena’s Restaurant has been awarded and recognized consistently year after year as the Best Filipino Restaurant in Hawaii. Thank you for Hawaii for making us the best! 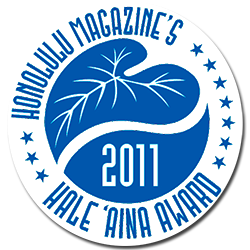 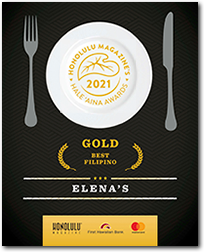 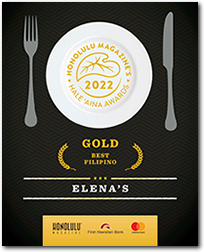 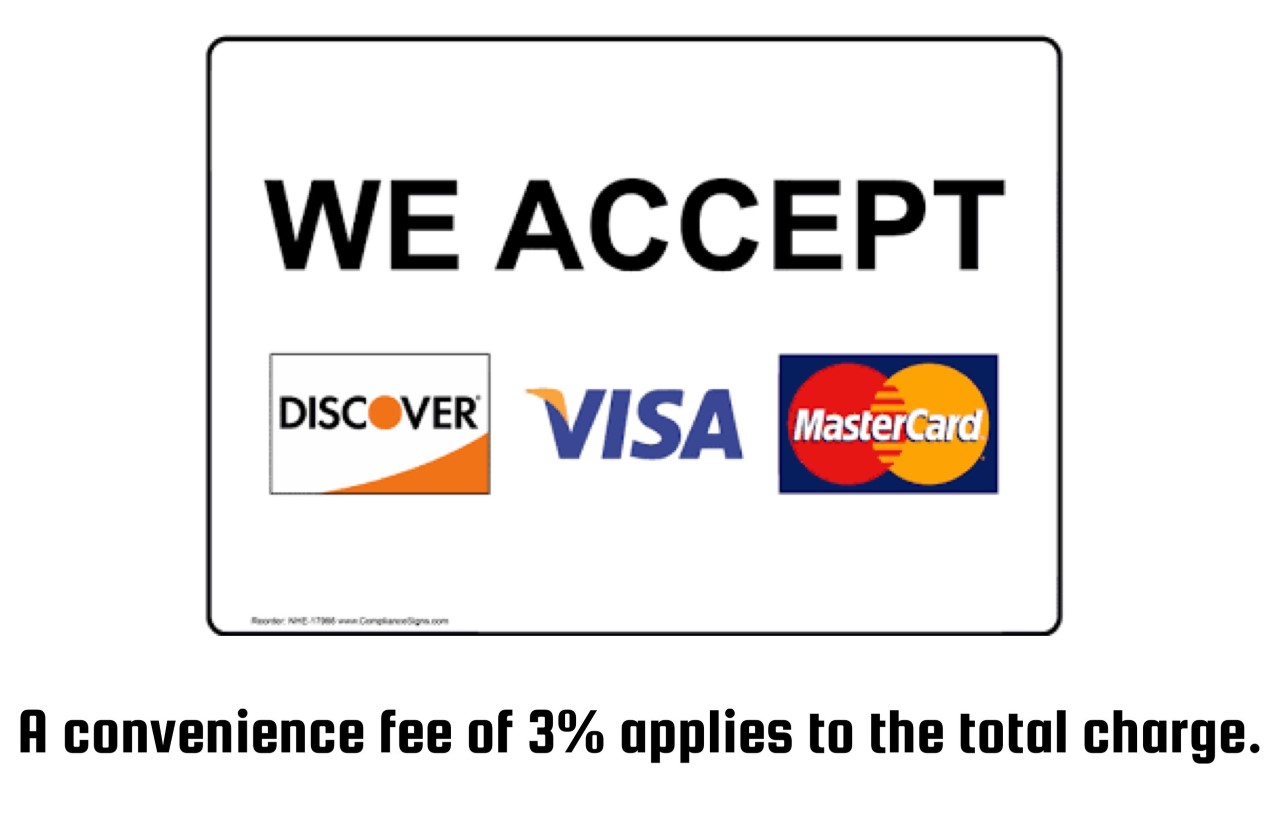